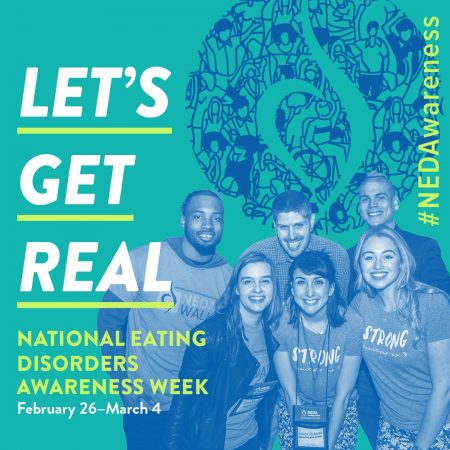 2. You can’t tell if someone has an eating disorder by looking at them.

3. Genetics and the environment both play a role in the development of eating disorders.

4. Eating disorders are not a choice.

5. Eating disorders have the highest mortality rate of any psychiatric illness.

6. You don’t have to feel fully ready to give up your eating disorder to get treatment.

7. Dieting is a common (and preventable!) catalyst for developing an eating disorder.

8. Disordered eating (unhealthy eating behaviors that do not meet the full criteria for an eating disorder) should not be dismissed as “not that bad.” It’s a serious health concern that needs attention and treatment.

9. Full recovery is possible, and the sooner someone gets help, the better the chances of recovery.

Inspired by these posts from AED and NEDA.

As a Registered Dietitian specializing in eating disorders, To the Bone, the Netflix movie about a young woman with anorexia nervosa, has been a recent hot topic among my eating disorder colleagues and in my sessions with clients. Lead actress, Lily Collins, and writer/director Marti Noxon, have both been open about their personal battles with eating disorders and have promoted their movie as a way to spark important conversations about these serious illnesses.

Whatever positive intentions may have been behind To the Bone, it fails both as a film made purely for entertainment purposes, and certainly as an eating disorder advocacy piece. I agree with the criticism that this film perpetuates stereotypes about eating disorders. It often felt like the writers had a checklist of eating disorder symptoms and behaviors they arbitrarily ticked off to try to bring authenticity to the story (Lanugo – check. Chewing and spitting – check. Body checking – check.), but it didn’t work.

My concern with To the Bone is that the graphic depictions of eating disorder behaviors and close up shots of the lead character’s extremely thin body may be harmful to those currently dealing with an eating disorder and those at risk of developing an eating disorder. But more importantly, I strongly disagree with many of the messages in this movie, including:

You have to hit “rock bottom” before you will recover. With eating disorders, rock bottom can mean irreversible medical complications, including death. Eating disorders are serious, but treatable conditions. The goal is to intervene as soon as possible before severe consequences occur because the sooner a person gets treatment, the better the chance of recovery. The last thing we want is for anyone to think they aren’t sick enough to seek help.

You have to be fully ready to recover for treatment to work. Ambivalence about recovery is extremely common. Many of my clients don’t feel completely ready for recovery when they start treatment – and that’s ok! Part of them wants to recover, and part doesn’t. Part of them recognizes the negative impact of their eating disorder, while another part isn’t ready to give it up. Especially in the early stages of recovery, when malnutrition makes it hard to think rationally or see the effects of the eating disorder clearly, the healthy voice that wants to get better may barely be a whisper. But that’s no reason to delay getting help.

You’ll be able to eat in a way that supports recovery without any guidance or supervision. The patients in the treatment facility in this movie are seemingly on their own to decide what to eat, how much to eat, and even if they will eat. The group meals are completely unsupervised and there are more eating disorder behaviors around the table than there are people (one patient eats peanut butter straight from the jar for dinner, while another pushes a couple eggs around her plate for most of the meal, etc.). I don’t know of any treatment center that would advocate this approach because nutrition is such a key part of recovery. Learning to eat in a way that provides adequate energy and nutrients for healing while challenging the food rules and rigidity of an eating disorder doesn’t happen spontaneously – it requires specific guidance, support, monitoring, and healthy role modeling from a dietitian and the rest of the treatment team.

It’s possible to lose weight and become underweight in a healthy way. There’s been a lot of criticism about Lily Collins’ weight loss for this role, which she’s defended by saying it was done “safely” under the guidance of a nutritionist and was necessary to tell this story (I’d love to know who that nutritionist is! I’ll bet it wasn’t an eating disorder specialist!). First of all, having an emaciated body is not mandatory to portray someone struggling with an eating disorder. There are many women with serious eating disorders that don’t appear obviously underweight (even though they are at too low of a weight for their body). Even if the actress or director felt this character needed to look underweight, wonders can be done with makeup, wardrobe, and special effects. Bottom line: Losing weight to become underweight CANNOT be done in a healthy way. More importantly, weight loss is a major trigger for relapse from an eating disorder, making it both unhealthy and unsafe for Ms. Collins.

Spreading inaccurate and potentially harmful messages like these is irresponsible, particularly for a film that claims to want to help those with eating disorders. So when clients ask me if I think they should see To the Bone, my answer is NO because this movie is unlikely to help in their recovery and it is likely to be extremely triggering. 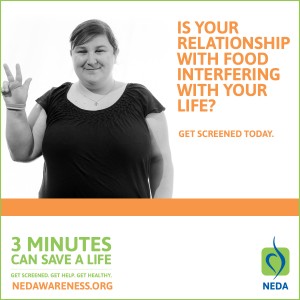 It’s National Eating Disorders Awareness Week. This year’s theme, “3 Minutes Can Save a Life. Get Screened. Get Help. Get Healthy,” highlights the importance of early detection and intervention. The sooner someone gets treatment for an eating disorder, the better the chance for recovery.

Our dieting and weight obsessed culture doesn’t help matters. Harmful food and exercise behaviors are normalized and even encouraged. We are constantly bombarded with the message that weight loss by any means is a good thing. Nothing could be further from the truth. Countless men, women, and even children begin dieting without realizing that their efforts to lose weight and/or get “healthy” can be the catalyst for developing an eating disorder. You can read more about the dangers of dieting here.

Each and every person suffering with an eating disorder/disordered eating deserves to get the help they need. Without treatment, eating disorders can have serious and life threatening consequences that can impact every aspect of a person’s life, including their health, relationships, and career. But it doesn’t have to be that way. Treatment is available and recovery is possible.

Whether you are concerned about your own food or exercise issues or are worried about a loved one, don’t delay reaching out for help. Getting treatment sooner rather than later can save years of suffering.

Here are some useful resources:

Academy of Nutrition and Dietetics (AND): Find an Expert
(search by expertise -> eating disorders) 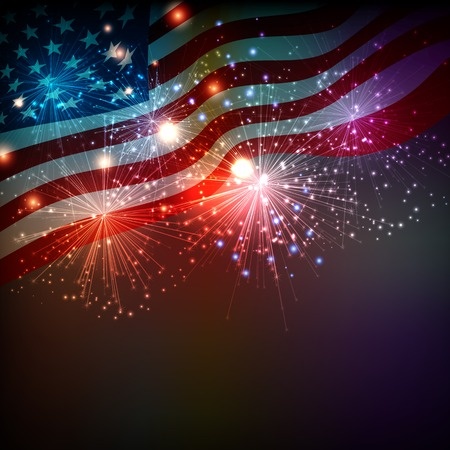 As we celebrate the Fourth of July– often with barbecues and other food-related events – take a moment to reflect on how your relationship with food and weight may be standing in the way of your life, liberty, and pursuit of happiness.

This Independence Day, declare your freedom from:

Wishing you a Happy 4th of July! 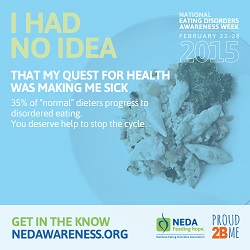 It’s National Eating Disorders Awareness Week, and this year’s theme, “I Had No Idea,” focuses on raising awareness about the possible triggers and warning signs of eating disorders. Being able to recognize these signs, symptoms, and contributing factors makes early intervention possible and can prevent a full-blown eating disorder from developing. Early detection and intervention also increases the chances of full recovery.

Many factors, both genetic and environmental, can contribute to the development of an eating disorder. Although we can’t do much about our genetics, there are risk factors we can control. I’d like to focus on one of the common catalysts for an eating disorder that is completely preventable – dieting.

Most people embark on a diet with good intentions, hoping to feel better in some way. No one goes on a diet thinking, “This diet won’t work,” or “This diet will damage my health.” But diets don’t work. Research shows us that diets rarely result in long-term weight loss and are actually associated with weight gain.

Diets are more than just ineffective – they can be harmful. As the graphic above shows, 35% of “normal dieters” progress to disordered eating, and of those, 20-25% will develop a partial or full-blown eating disorder. Although it is possible to change eating habits in a healthy, sustainable way, too often what starts as a seemingly reasonable diet plan, morphs into an unhealthy obsession. The hyper-focus on weight loss and/or eating perfectly begins to interfere with daily activities and negatively impact health and quality of life.

Here are some warning signs that your diet may have crossed the line from healthy to harmful:

If you are experiencing any of these signs and symptoms or are otherwise concerned about your eating habits or feelings about food, consult with a professional – the sooner the better. There is hope. Eating disorders are preventable and treatable. I have the honor of working with courageous men and women every day as they fight against their eating disorders to reclaim their lives. The process can be challenging at times, but the rewards are infinite.

All statistics quoted in this blog, can be found here.

Learn more about our areas of specialty, practice  philosophy, and our team. learn more

Get information on health insurance coverage, fees and scheduling.learn more

Find our address. Get directions with this map. Contact us by phone or email. learn more